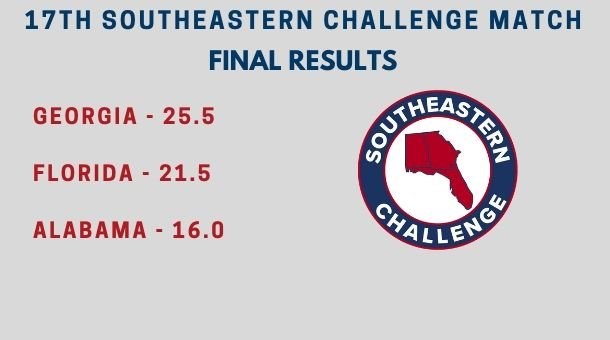 Florida led by five points going into the final day of action, but the Peach State's strong showing during singles matches propelled Team Georgia to a second-straight victory in the competition. You can find results of Team Georgia's singles matches below.