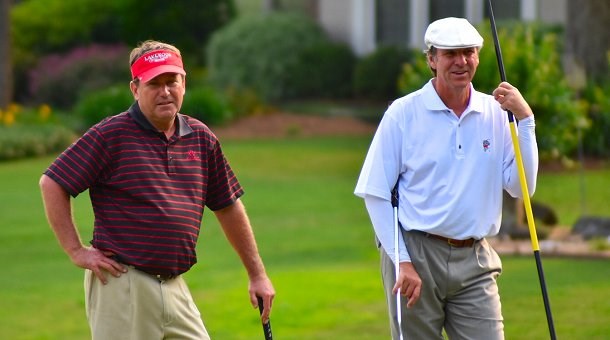 Co-medalists Steve Hudson of Birmingham & Robert Nelson of Fairhope is the highest remaining seed after surviving their two matches on Saturday. The number one seed needed 19 holes to defeat Vic Kyatt III of Birmingham & Andy McRae of Hoover in the round of 16 then taking a 3 and 1 decision over Matt Johnson of Dothan & Hunter Bronson of Montgomery.

Hudson & Nelson will face Taylor Jones of Birmingham & Taylor Hereford of Hoover in the first semifinal match. Bo Farlow & Steven Groover of Birmingham matches up with Daniel Creel & Bill Brewster of Florence in the other semifinal.

Semifinal matches begin at 7:30am at Wynlakes with the championship match slated for approximately 12:00pm.