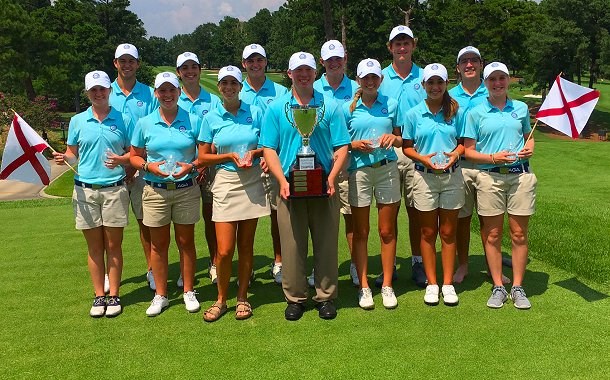 Alabama went 10-1-1 in Friday’s singles matches to finish with 19.5 total points and win the Southern Junior Cup over its counterparts from Arkansas, Mississippi and Missouri. Missouri finished in second place with 11.5 points, host state Arkansas was third with 10 points and Mississippi finished fourth with 7 points.

Alabama, competing in this event for the first time, replaced Oklahoma who won the first four playing of the Southern Junior Cup from 2012-15.

Southern Junior Cup format consists of 18 holes of match play with Four-Ball, Foursomes, and singles match play sessions. Each match is worth 1 point. Half point to each side for a tie. Each state competes against the other three states in an equal number of matches. Four-Ball and Foursomes partners consists of one male and one female sides, while individual matches pits male vs. male and female vs. female. This invitation only event is comprised of a select group of six female juniors and six male junior players selected by each state golf association.