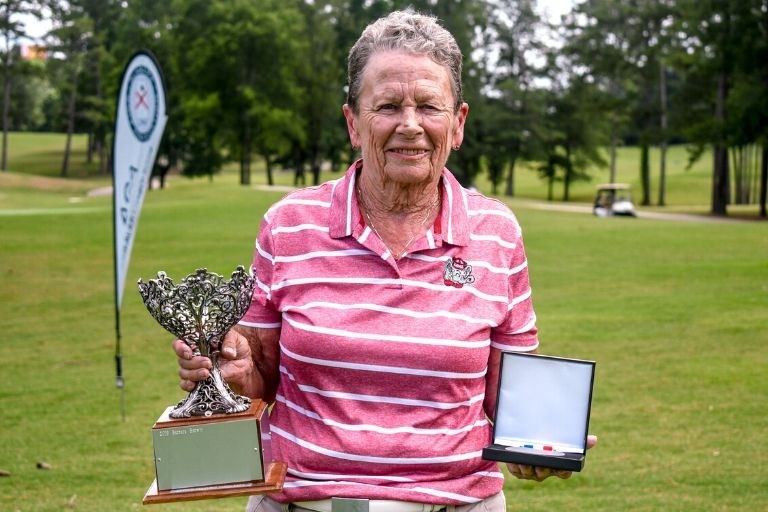 Sharing the round two lead of the 30th Alabama Women’s Stroke Play Championship, Mychael Oberry of Hoover and Sophie Burks of Tallassee carded a two-under 70 for the day. Altogether, they remain 2-under-under 140 heading into the final round.

Laura Beth Yates of Lake View posted a 10-over 81 to take the lead in the Tournament Division.

Susan West, a Tuscaloosa native, and Kathy Hartwiger of Birmingham share the round two lead of the 47th Alabama Women’s State Senior Amateur Championship. West and Hartwiger are atop the scoreboard with an overall lead of 3-over 145. They hold a seven-stroke lead over Amanda Miller of Albertville.

Debbie Atchley of Pelham maintains the lead in the Tournament Division. She shot an eight-over 79 to complete round two.

Barbara Brown defended her title, claiming victory at the 2nd Alabama Women’s State Super-Senior Championship (2019). Brown posted a 15-over 86, with an overall score of 24-over 166 to be crowned champion.