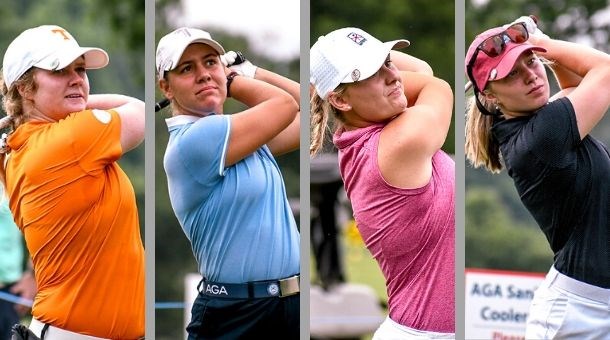 Playing through rainy conditions and enduring a mid-day evacuation, the 1 seed Julie Baker of Hoover finished her morning match, 5 & 4 over the number 16 seed, Anna Claire Little of Auburn.

The highest seed to fall in the morning round was Morgan Jones of Auburn, number four seed, who was defeated by Emilia Smith of Enterprise, 2 up.

The morning results saw extra holes in one match. Allison Howard of Newton defeated Hannah Pope of Florence in 21 holes.

Within the Tournament Division, Kay Theodoss of Hampton Cove defeated Keri Rutledge of Birmingham, 2 up thru 18.

Tomorrow, Lowen and West will go head to head in the final round of match play to contend for the championship title.