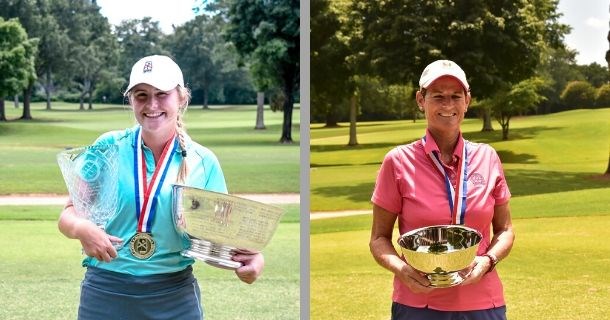 In the semifinals, seed 6 Preus pulled off an upset, defeating University of Tennessee’s Micheala Williams, standing seed 2, paving her path to the finals.

“It was neck and neck all day,” Baker said. “I knew that if I stayed consistent, hitting fairways and greens, it would help me win.”

Preus stood 1 up over Baker throughout the majority of the front nine, until the match shifted toward Baker’s favor on No. 14.

Kay Theodoss of Hampton Cove played an excited 36-hole match against Keri Rutledge to emerge victorious within the Tournament Division.

Susan West of Tuscaloosa raced Donna Lowen of Huntsville toward the finish line of the 2nd Alabama Women’s State Senior Match Play Championship. Breaking a tie with Lowen, West took the lead in the match with a par on No. 12. Her birdie on No. 17 secured her victory, 3 & 1.