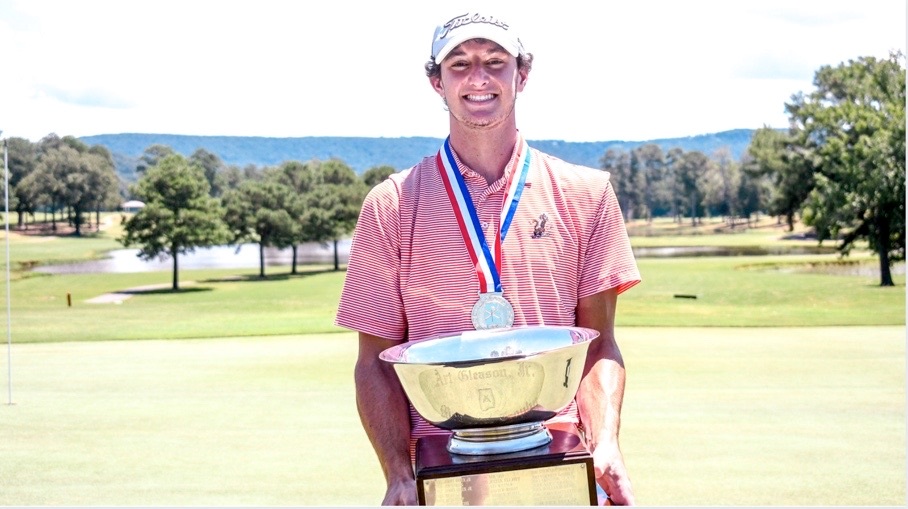 Max Johnson of Fairhope left his final mark on junior golf with an unforgettable victory, claiming the title of the 75th Alabama Boys State Junior Championship. Johnson dominated the field carding a five-under 67 today and an overall 14-under 202. He will be entering his freshman year this fall as a member of the Auburn University Men’s Golf Team.

“I accomplished all of my goals,” Johnson said. “I was finally able to put together a good round on the last day.”

Gregory Jones of Mobile and Davis Aaron of Northport tied for second, each player carding an overall 10-under 206 for three rounds. Jones posted two-under 70 for his final round, and Aaron posted four-under 68 for the day.

Both Jones and Aaron spoke to their strategies that catapulted them toward success.

“I just tried to keep focus and stick to my game plan,” Jones said. “Shoutout to Max for playing real-good, it was fun to watch.”

“The first day, when I shot a four-under 68, that was my best round ever,” Aaron said. “I just really built on that momentum and luckily hung on to post a pretty low number.”