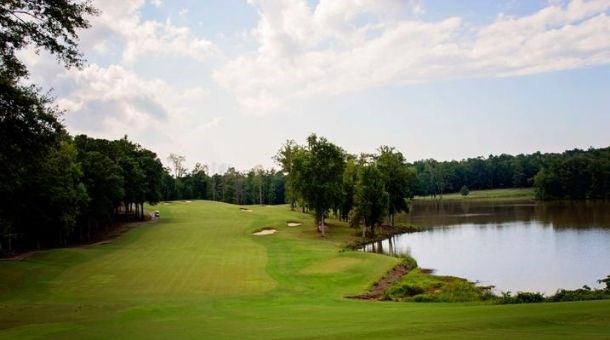 OPELIKA, AL (July 28, 2020) - The Alabama Golf Association will host the 104th Alabama State Amateur Championship at Saugahatchee Country Club in Opelika from July 29 - Aug. 1. The par-72 course, top-ranked by Golf Digest, will offer a challenging week for the 144 players.

Jack Goldasich of Birmingham won the Championship title in 2019 at Turtle Point Yacht & Country Club. Goldasich will be on the course this week battling it out to defend his title.

The Alabama Golf Association looks forward to the playing of the 104th Alabama State Amateur Championship.

Format: The field will be cut to the low 60 players and ties after 36 holes. The lowest score for 72 holes will be the Champion. In the event of a tie for the Championship, a three-hole aggregate playoff will be held immediately following play. The winner will be the player with the lowest aggregate score for the playoff holes. In the event of a further tie, play will immediately continue hole-by-hole until Champion is determined. The playoff holes and their order of play will be determined by the Committee. Initial groupings will be for two days; the field will be cut and re-paired by score after the second round. Then repaired by score after the third round for the fourth round.

All Day: Practice rounds for players.