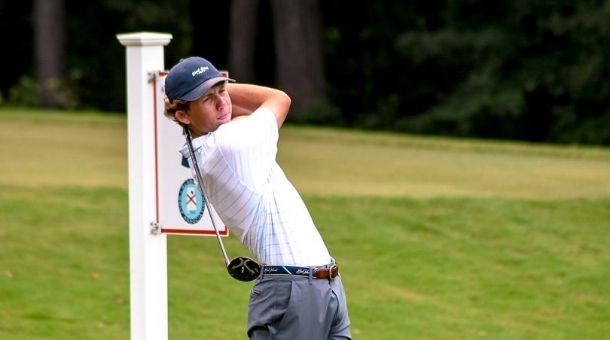 Gordon Sargent of Birmingham is now in sole possession of the round three lead for the 104th Alabama Men’s State Amateur Championship, shooting eight-under 64. With 10 birdies, five on the front nine and five on the back nine, Sargent marches on toward the final round with confidence. He is 17-under 199 through round three.

“I was tied for the lead with Drew, coming into the day,” Sargent Said. “I’d never played with him before, but I knew he was a great player. I knew I’d need to shoot a good score to still be in it.”

Sargent currently holds a four-stroke lead over Drew Mathers of Mobile. He posted four-under 68 for the day to stand second place. Altogether, he is 13-under 203. Mathers shared his mind-set for tomorrow with the AGA media team.

“Honestly, I just need to keep doing what I’m doing,” Mathers said. “I’m hitting it well, and putts just need to fall tomorrow. Hopefully that works out in the end.”

Jacob LeCroy of Anniston, Noah Martino of Mobile and Nick Robillard of Birmingham stand tied for third place. LeCroy carded nine-under for the day by charging into round three with five consecutive birdies. His powerful beginning boosted him atop the leaderboard.

Both Martino and Robillard shot four-under 68 to maintain third place standing. The overall score to encompass third place is 12-under 204.

The State Amateur scoring record is 270, held by Matt Lorenz at the 2018 State Amateur Championship hosted by Pine Tree Country Club in Birmingham. This record is on the line as Sargent moves toward shattering statistics, tomorrow.