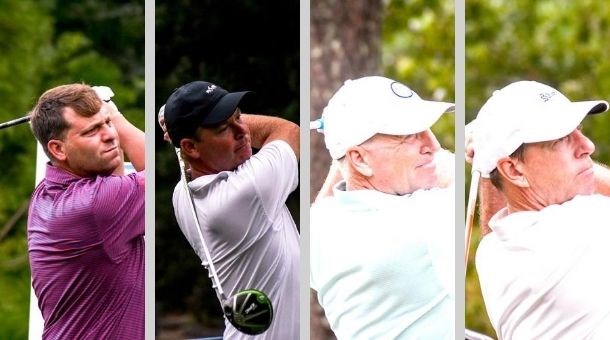 In the Mid-Amateur Division, Eric Howle of Chelsea, AL and Woodie Eubanks of Oneonta, AL shot the low score of the day at 11-under 61. Overall, their team score is 17-under 127 heading into Sunday’s final round at Willow Point Golf & Country Club.

Standing second is Jackson King of Vestavia, AL and Will Swift of Hoover, AL. They posted a team score of eight-under 64 today, standing 129 (-15) overall.

Conner Elder and Tripp Smalley of Mobile, AL are tied for third alongside Hunter Hawkins of Leesburg, AL and Will McCurdy of Auburn, AL with a total score of 13-under 131.

In the Senior Division,  Bob Royak of Alpharetta, GA and Paul Royak of Tampa, FL posted 7-under 65 to climb atop the leaderboard. They are 15-under 129 in total.

Doug Davis and Jonathon Watts of Birmingham, AL shot six-under 66 to finish second for round two. Their total score is 12-under 132.

Currently third place, Robert Nelson of Fairhope, AL and Walker Grant of Montgomery, AL carded a 70 (-2) for the day, with a total of 11-under 133.