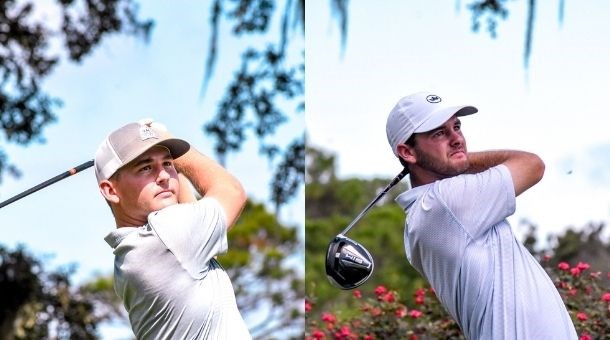 Samford’s Connor Reid of Alexander City, AL and Dylan Moncus of Opelika, AL lead round one the 38th Alabama State Four-Ball Championship, opening with a nine-under 63. Holing an eagle from the bunker on No. 7, they secured a one-stroke lead.

“Whenever one of us would make a mistake, the other would bounce back and make a great shot,” Reid said. “Playing with a teammate is a lot of fun!”

“We finished strong, with birdies on 17 and 18,” Moncus said. “We have good momentum heading into the second day.”