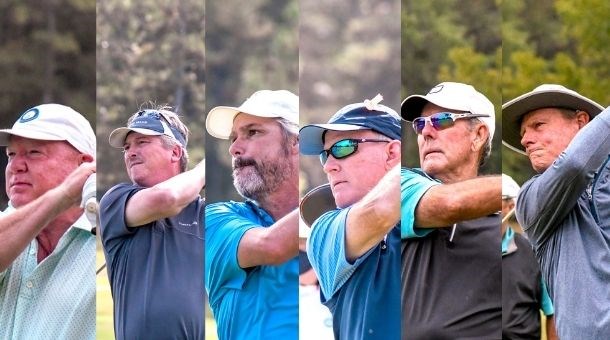 David Hancock and Todd Norman of Greenville, Alabama co-lead round one of the 26th Alabama State Senior Four-Ball Championship with Joseph Fortner of Hoover, Alabama and Kevin Newton of Birmingham, Alabama. Each side fired a seven-under 64 fired to open.

“We brother-in-lawed really well today,” Hancock said. “We took advantage of the holes we could. It was a good day!”

Newton and Fortner holed in for bogey on No. 18 to stand tied heading into round two.

There is a three-way tie for second place among the following teams:

Round two of the Alabama State Senior and Super-Senior Four-Ball Championships begins Saturday, October 16, 2020, at 7:20 a.m.