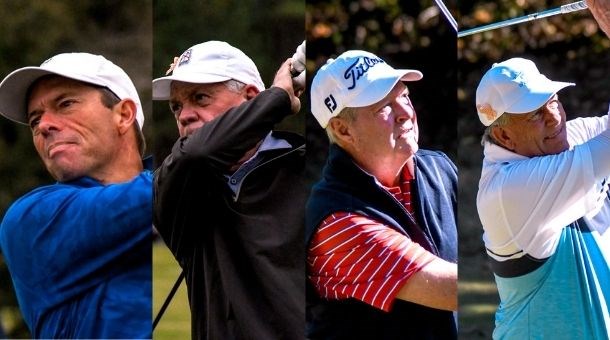 Emile Vaughan of Pike Road, Alabama and Shaw Pritchett of Montgomery, Alabama lead round two of the 26th Alabama State Senior by shooting a seven-under 64. Overall, they are 12-under 130 heading into the final round.

David Hancock and Todd Norman of Greenville, Alabama stand tied for second with Joey Fortner of Hoover, Alabama and Kevin Newton of Birmingham, Alabama. Each side carded four-under 67. Overall, each team is 11-under 131.

“We played pretty solid today,” Alexander said. “Tomorrow is a new day, and we’ve got to keep making birdies.”

Bill Griffin of Dora, Alabama and David Zauchin of Tuscaloosa, Alabama stand tied for second alongside Clarke Kelly and Steve Bailey of Birmingham, Alabama. Griffin and Zauchin shot nine-under 62 for the day, and Kelly and Bailey went 6-under 65. Both sides are 12-under 130 altogether.

The final cut for the State Senior includes 20 teams advancing to the Championship round. The line fell at three-under 139.

The final cut for the State Super-Senior includes 11 teams advancing to the Championship round. The line fell at two-under 140.

The final round of the Alabama State Senior and Super-Senior Four-Ball Championships begins Sunday, October 17, 2020, at 7:45 a.m.