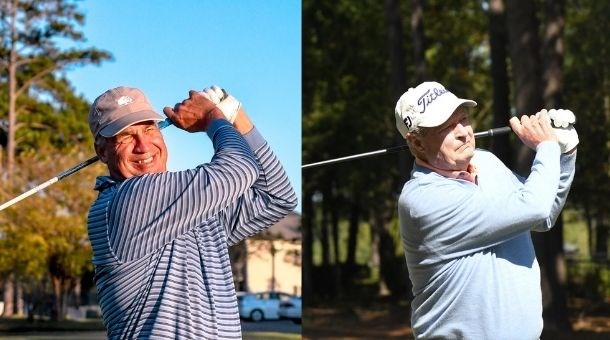 “The greens played true again, just like they did yesterday,” Arasin said. “I hit 16 greens and putt well. It was just a solid round of golf, today.”

Emile Vaughan of Pike Road, Alabama and Joey Holley of Troy, Alabama stand T2 at two-under 70 for the day and two-under 142 overall.

“Today, I got off to a nice start and birdied the first hole, which is always great,” Alexander said. “I only made one bogey today, so that’s good in terms of over-par avoidance. I still feel like I can do better.”

Alexander holds a two-stroke lead over Richard Jeffers of Mobile, Alabama. Jeffers stands second heading into the final round.

Fred Clark of Mobile, Alabama posted an even 72 to maintain an even 144 for both rounds.

The Senior Division’s final cut includes 36 players advancing to the Championship round. The line fell at 12-over 156.

The Super-Senior Division’s final cut includes 14 players advancing to the Championship round. The line fell at 11-over 155.