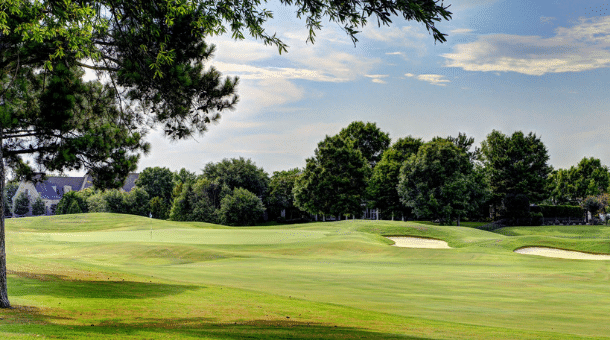 Entries are open to sides of male amateur golfers who are legal residents of Alabama and have an active GHIN® USGA Handicap Index® at an AGA member club. The maximum allowable combined team handicap is 16.8 under the USGA Handicap System™. Two players who play as partners comprise a side. Partners are not required to be from the same club. A college student is considered a resident of their parent(s)/guardian(s) “Legal Residency Criteria” as stated in the AGA Tournament Manual unless said student (a) has no dependency on his/her parents; and (b) lives full time in Alabama.

Championship Format: There will be 36 holes of gross four-ball stroke play to determine 16 sides for match play. A tie for the last qualifier’s place (16th seed) will be decided immediately by a hole-by-hole play-off. Players are responsible for making themselves available at the scoring area for play-off instructions. Play-off holes and their order of play will be determined by the Committee.

Match Play Seeding: General numerical draw will be used. For purposes of determining places in the draw, ties in qualifying rounds will be decided by lot.

Match Play round is 18 holes. If a match is tied after the final hole, the match is extended one hole at a time until there is a winner.