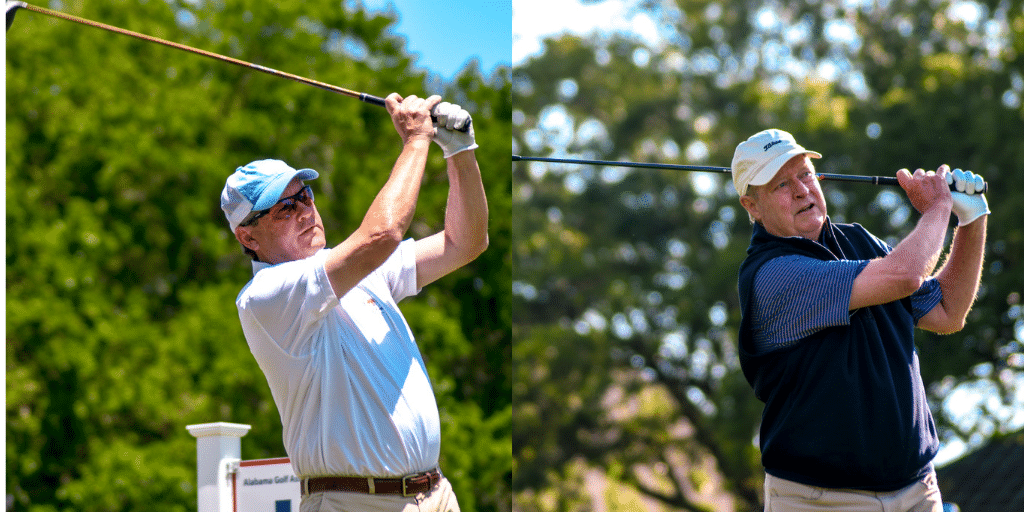 Doug McLeod of Mobile leaps atop the 24th Alabama State Senior Amateur Championship leaderboard with his second, consecutive 69. He remains one-stroke ahead, with a two-under 138 overall. To secure his solid finish, he shot 30 on the back nine.

“I’m kind of a rhythm golfer, and if I get in the rhythm, I can shoot some pretty good numbers,” McLeod says. “On the backside, I loosened my grip, slowed my swing down a bit and a few putts fell. It’s been a while since I’ve played competitive golf, but I guess it’s contagious when putts start falling.”

Claud Cooper of Birmingham and David Hancock of Greenville stand T2 at one-under 139. Cooper finished round two with an even-par 70. Hancock posted the low-round of the day with a four-under 66.

Stewart “Buddy” Alexander maintains the lead through the second round of the 3rd Alabama State Super-Senior Amateur Championship. Alexander carded three-over 73 to remain two-strokes ahead. Overall, he stands one-over 141.