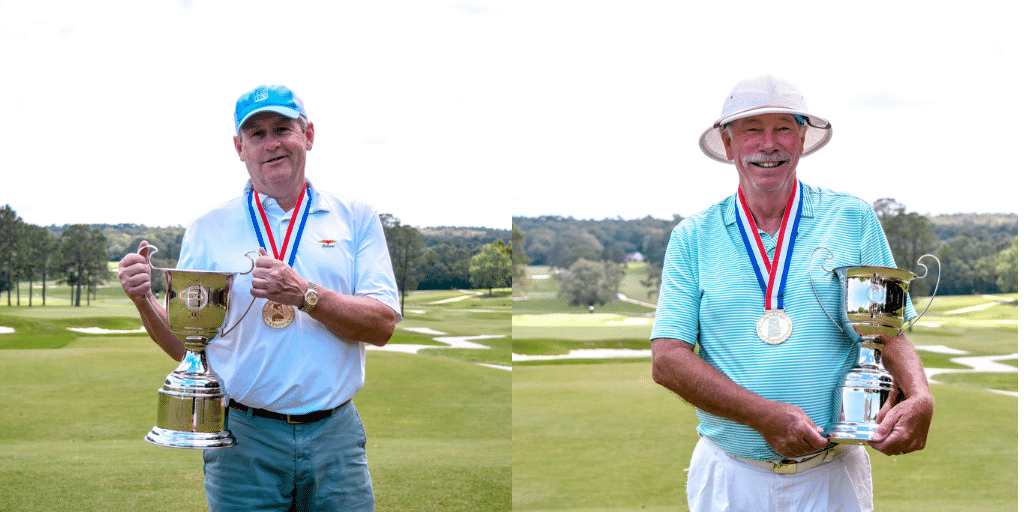 Doug McLeod of Mobile endured a tight race from beginning to end and poured his final putt for birdie to claim victory at the 24th Alabama State Senior Amateur Championship. He secured his title by posting his third-consecutive, one-under 69. Overall, he finished three-under 207.

“I just tried to hang in there and last a few holes, and that’s what happened,” McLeod says. “I’m elated. It was just so special to do this on my home course and be surrounded by my buddies.”

The defending Champion, David Hancock of Greenville, finished second with a one-under 69. Hancock carded two-under 208 for the entire Championship.

Stewart “Buddy” Alexander of Auburn finished second. He concluded the final round with a three-over 73 and carded four-over 214 overall.

Winning a scorecard playoff for third, Emile Vaughan of Pike Road carded an even-par 70 in the final round. Overall, he posted five-over 215.


For more information about the Alabama Golf Association, visit www.alabamagolf.org.