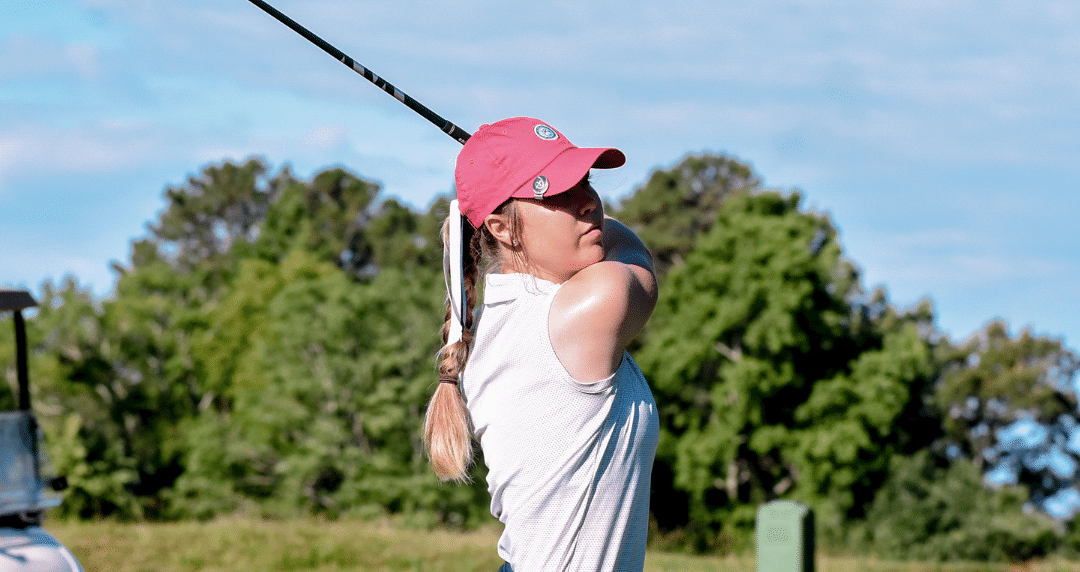 Morgan Jones, Round Leader, Round 1 of the 58th Alabama Girls State Junior Championship

Morgan Jones of Auburn leads round one of the 58th Alabama Girls State Championship, firing two-under 70. She holds a one-stroke lead to remain atop the leaderboard. Morgan played a steady round, remaining even-par for 14 holes, with a total of three birdies.

“I had some putts fall on the front nine,” Jones says. “On the back nine, I had two back-to-back birdies that really motivated me and pushed me through.”

Molly Brown Davidson of Birmingham stands just behind Jones, posting one-under 71. Davidson posted a total of four birdies for the round.

“I had no idea where I stood today until I got off the course,” said Davidson. “I was just playing my game, and it carried me through today.”