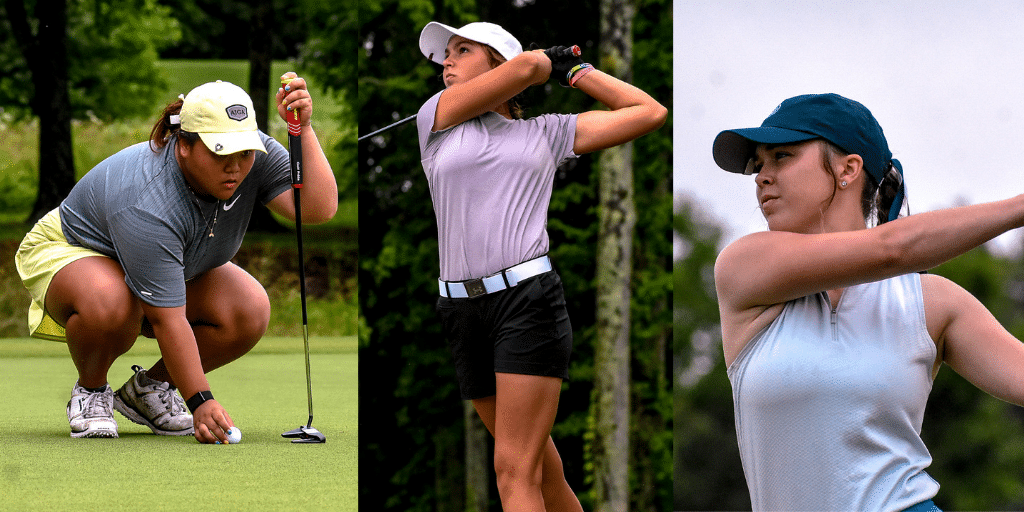 Morgan Jones of Auburn remains the leader of the 58th Alabama Girls State Championship, firing three-under 69. She holds a two-stroke lead to remain atop the leaderboard. Morgan began her round with three back-to-back birdies. Overall, Jones remains five-under heading into Round Three.

“Starting off with those three straight birdies, I was really excited, but I didn't want to get too ahead of myself,” Jones says. “Then the rain hit, and I had some putts drop off, but I ended with no bogeys today, which was very cool.”

Molly Brown Davidson of Birmingham stands two strokes behind Jones, posting two-under 70. Jones and Davidson consistently remained atop the leaderboard through the round. Davidson posted a total of three birdies for the round, with one bogey. Davidson remains three-under for the Championship.

“The rain affected my putting a little bit, but it wasn’t too bad,” says Davidson. “I performed really well today with my ball strikes, which definitely made up for it.”

Christine Chang of Auburn stands third, ending the round with a two-under 70. She shot a total of five birdies, with one bogey and one double bogey. Chang stands even, heading into the Final Round.

Initial starting times were delayed by one hour for all players due to heavy rainfall.

Heavy rain and subsequent course conditions also resulted in a three-hour weather delay, which interrupted Round Two play from 11:18 a.m. to 2:15 p.m. Competitors resumed gameplay through a light drizzle after course conditions were no longer compromised by heavy rainfall.