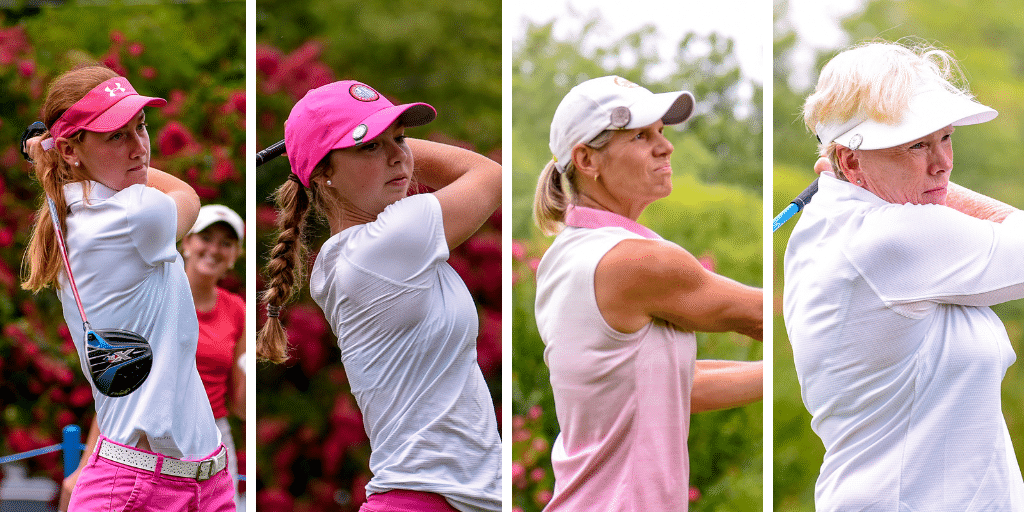 Ashley-Sinclair Curtis of Enterprise and Molly Brown Davidson of Birmingham posted four-under 67 to lead round one of the 14th Alabama Women’s State Four-Ball Championship.

“We had a rough start, but got it back,” said Curtis. “We just stayed positive and turned it around on the back nine.”

Davidson and Curtis strategized to claim the lead.

“Our strategy for tomorrow is to keep the positive attitude and play the best we can,” said Davidson.

Ana Perez of Jacksonville and Isabel Rogers of Anniston stand T2 alongside Hannah Pope of Florence and Tori Roush of Fairhope. Each side carded one-under 70 to stand three strokes back.

Kathy Hartwiger of Birmingham and Lea Green of McCalla emerged round leaders of the 3rd Alabama Women’s State Senior Four-Ball Championship, posting seven-under 64 to lead their competition into round two.

Donna Lowen of Huntsville and Susan West of Tuscaloosa partnered to stand second, carding five-under 66 for the day. Lowen and West remain two strokes behind Hartwiger and Green.