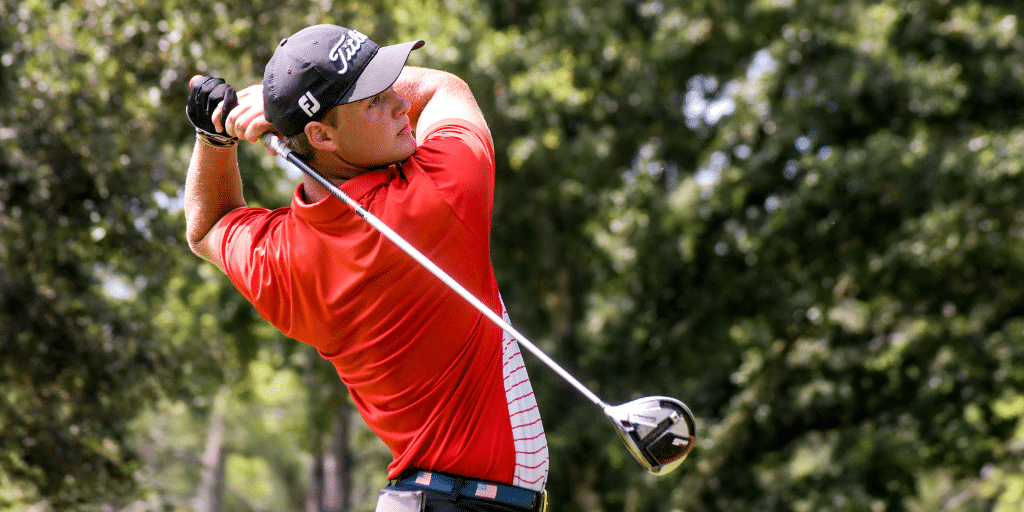 Round two came to completion after enduring a one-hour delay due to heavy downpours in the early morning. A full-field shotgun start began at 11 a.m.

Stuart Dickson of Trussville maintains the lead after round two of the 76th Alabama Boys State Junior Championship, firing his second consecutive five-under 65. He remains 10-under 130 for the tournament.

“I played pretty well these past few days,” Dickson said. “Really, the putts were just rolling in. I’m trying to stay focused on each shot and stay present. I’m just thankful to be in this position.”

Paul Bruce of Guntersville stands second, posting four-under 66 for the day and nine-under-par 131 for the tournament.

“My plan for tomorrow is to focus on hitting fairways and greens,” Bruce said. “I’m not going to press; I’m just going to stay patient.”

The cut line fell at seven-over 147, with 61 players advancing to the final round.