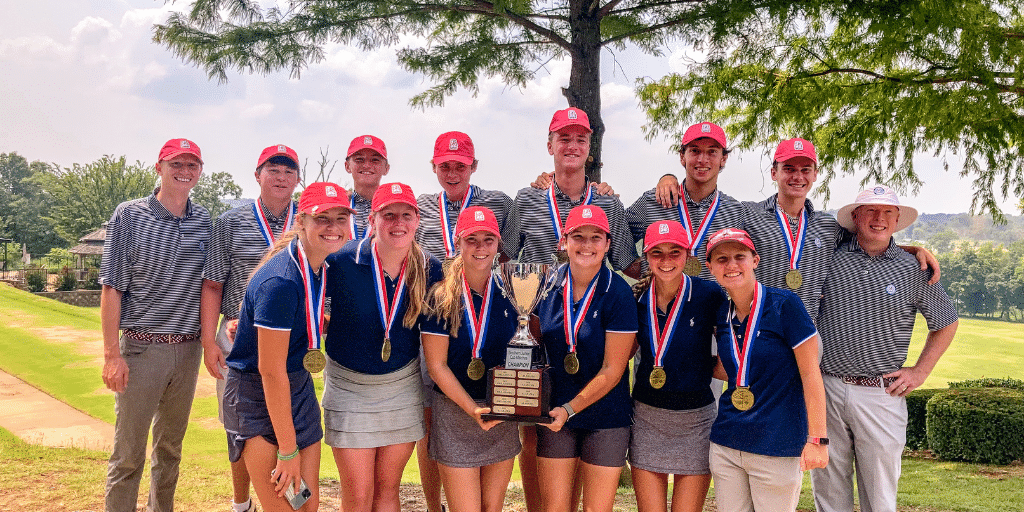 Standing all square through hole No. 17, Taylor Trible of Birmingham poured a final putt in on No. 18’s green to win the point and make Team Alabama uncatchable.

“I am so thankful I had the opportunity to play with this amazing team and bring the cup home to Alabama once again,” Thompson says. “We had the best time rooting each other on and getting to play together in some really fun matches!”

Twelve Alabama junior players were selected for the 2021 Southern Junior Cup team. The Junior Boys and Junior Girls teams are comprised of six players each, recruited through the AGA team selection process.

For more information about the 2021 Southern Junior Cup, please visit the Championship website.