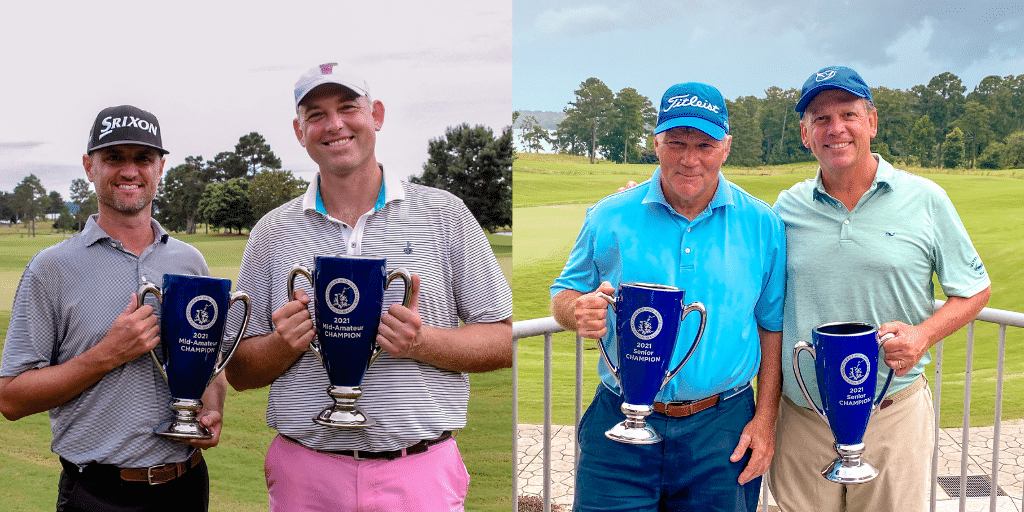 Round two resumed at 7:15 a.m. Twenty-two players returned to complete their second round.

Coshatt and Melnyk posted 8-under 64 for the day. Altogether, they went 26-under 190 for the tournament.

“It was a grind on the back, we had to work hard,” Melnyk said.

Hamm and Guerin posted seven birdies to shoot a 29 on the back nine and finish second, posting a low 10-under 62 for the day. They carded 26-under 190 for the tournament.

Eric Howle of Chelsea, AL and Woodie Eubanks of Oneonta, AL claimed third, posting eight-under 64 to close. They carded 24-under 192 for the tournament.

Kevin Jordan of Smyrna, GA and Ray Harris of Leeds, AL claimed the Senior Division title. They fired eight-under 64 to close. Altogether, they went 21-under 195 for the tournament.

Finishing second, David Hancock of Greenville, AL and Mark Harris of Montgomery, AL carded seven-under 65 for the day and 20-under 196 overall.

Jeff Taylor and Shaw Pritchett of Montgomery, AL claimed third. They teamed to shoot seven-under 65. They went 18-under 198 for the tournament.