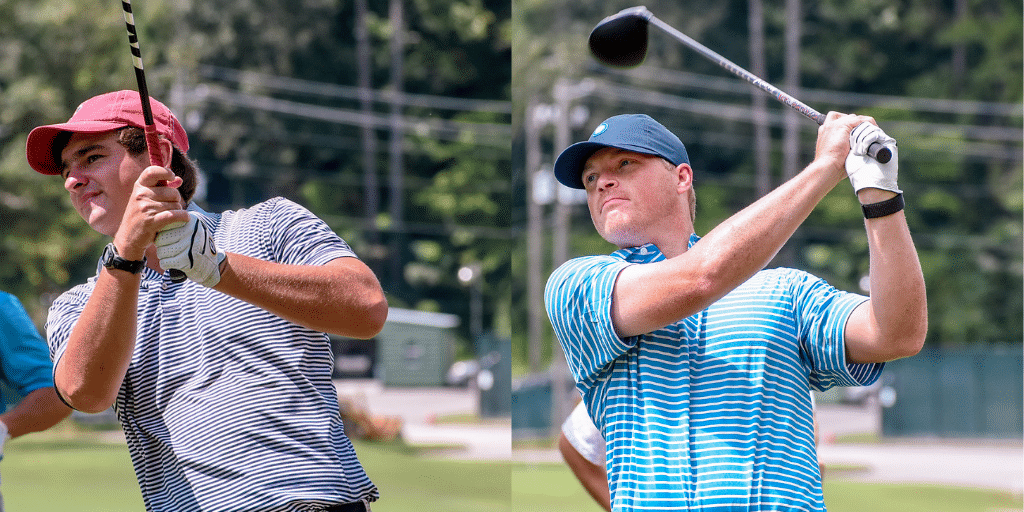 Round one co-leaders, Tyler Hitchner (Left) and Will McCurdy (Right)

Play was briefly suspended, due to lightning in the surrounding area, at 4:44 p.m. Play resumed at 5:17 p.m.

Will McCurdy of Auburn and Tyler Hitchner of Tuscaloosa posted six-under 66 to co-lead round one of the 33rd Alabama State Mid-Amateur Championship.

“I birdied the first hole, and that set the tone for the day,” said McCurdy. “Tomorrow, I just hope the club feels the same in my hand.”

Hitchner spoke to his strategy for the day.

“I played pretty darn good on the front nine, and I made some nice putts,” said Hitchner. “That’s what you’ve gotta do if you want to go low.”

Wes Carter of Hoover carded five-under 67 to stand third for the round.