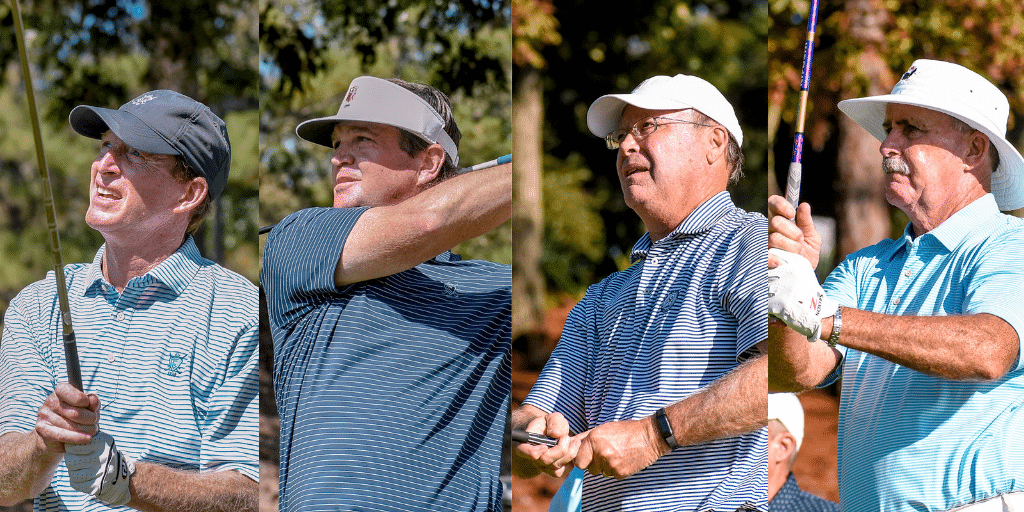 Round one endured a 30-minute delay due to extreme fog.

Claud Cooper of Birmingham and Jeff Taylor of Montgomery lead round one of the 27th Alabama State Senior Four-Ball Championship, electrifying the field by firing a 13-under 58 to open.

“All I did was watch,” Cooper says. “If we could do something close to that tomorrow, it would be incredible.”

“Claud was a great partner,” Taylor says. “He gave me the confidence to roll the ball really well.”

Richard Jeffers of Mobile and Robert Parmar of Fairhope lead round one of the 3rd Alabama State Super-Senior Four-Ball Championship, posting nine-under 62.

Chip Woddail and Hamp Andrews, both of Daphne, went seven-under 64 to stand second.

Standing third are Bill Griffin of Dora and David Zauchin of Tuscaloosa. Griffin and Zauchin posted five-under 66 to open.