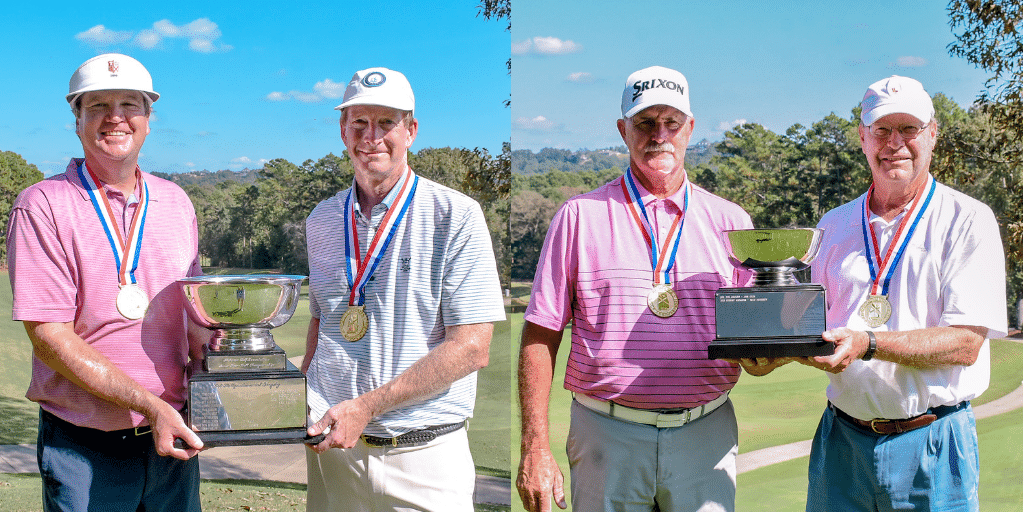 Claud Cooper of Birmingham and Jeff Taylor of Montgomery went low to lead wire-to-wire at the 27th Alabama State Senior Four-Ball Championship. Cooper and Taylor posted four-under 67 for the day and finished the Championship 25-under 188.

“We held strong, and didn’t make any bogeys,” Taylor said. “We decided to have a good time today, and that’s all it took to bring home the title.”

Joey Holley of Troy and Steven Hudson of Birmingham won a scorecard playoff to stand second. They posted six-under 65 for the day and 20-under for the tournament.

The defending 2020 Alabama State Four-Ball Champions, Emile Vaughan of Pike Road and Shaw Pritchett of Montgomery, placed third. They finished the day six-under 65, carding 20-under for the Championship.

Richard Jeffers of Mobile and Robert Parmar of Fairhope battled to sit atop the leaderboard, claiming the title at the 3rd Alabama State Super-Senior Four-Ball Championship. They fired eight-under 63 for the round and 23-under 190 for the Championship.

Bill Griffin of Dora and David Zauchin of Tuscaloosa stand second, carding seven-under 64 for the day and 20-under 193 for the Championship.

Ray Harris of Leeds and Tony Muncher of Birmingham claimed third with nine-under 62 to close and 18-under 195 for the tournament.