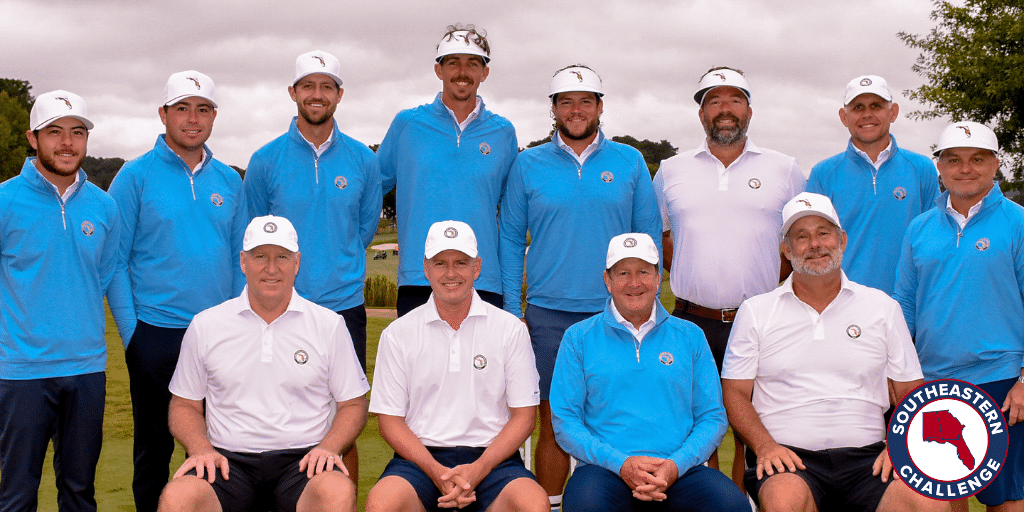 Alabama came out firing, filling the board with blue. Team Alabama battled Team Georgia and Team Florida throughout the entire round.

Shaw Pritchett and Clay Guerin halved each of their matches against Florida opponents to collectively earn one point.

Shaw Pritchett earned one point against his Georgia opponent, winning 2 & 1.

Claud Cooper won his match against Georgia, earning one point, after his opponent conceded.

Matthew Myers earned one point after he defeated his Georgia opponent, 4 & 3.

Woodie Eubanks halved his match against his Georgia opponent.

The 19th Men’s Southeastern Challenge Matches will be contested in October of 2023, with Florida hosting.

For more information regarding the Southeastern Challenge Match, please visit the Championship website.