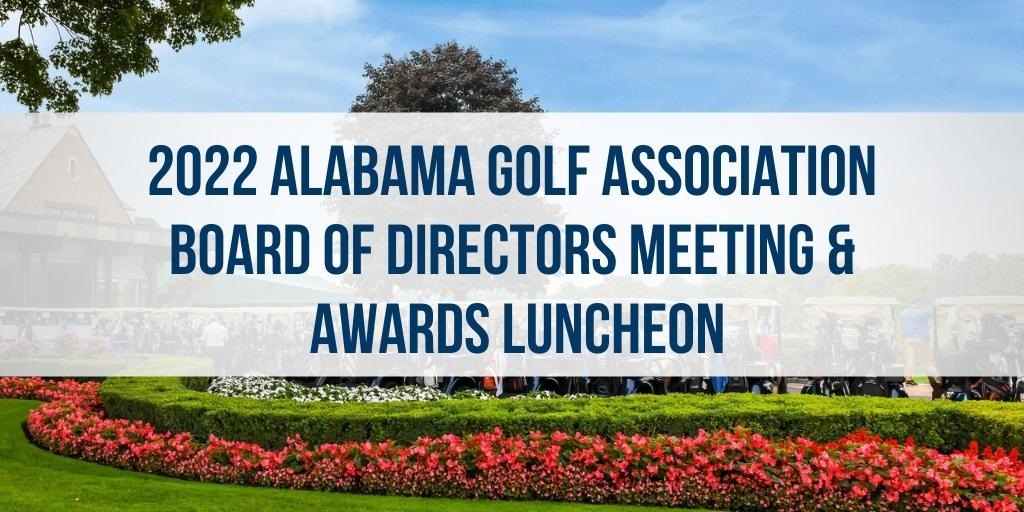 Annual Board of Directors Meeting

At the Alabama Golf Association’s Annual Membership meeting, Steve Hudson of Birmingham was re-elected to serve a second one-year term as President. Hudson played collegiately at The University of Alabama and served as a two-time co-captain. He is one of eight members of the Alabama Sports Hall of Fame Class of 2021. Hudson is a three-time AGA Men’s Player of the Year and two-time AGA Senior Men’s Player of the Year.

“It’s a great time to be a part of the AGA with our wonderful staff and all the things that we’re doing,” Hudson said. “The future also looks incredibly great as we look to help our young people and expand the golf services that we provide to the state of Alabama.”

Other elected officers for 2022 include: Walker Grant of Montgomery (Vice-President), Joey Dzwonkowski of Mobile (Secretary), and Derrel Curry of Birmingham (Treasurer).

Three board members were elected to serve a one-year term on the AGA Executive Committee along with the four officers: Chris Marr of Mobile, Will Swift of Vestavia Hills, and Susan West of Tuscaloosa. Retiring from the Executive Committee is Carol Lell of Birmingham.

The Alabama Golf Association recognized several individuals with the Joe H. King Award, the Sadie Roberts Volunteer of the Year, Players of the Year, All-State Junior Teams and 2021 Champions at an awards luncheon that followed the annual meeting.

“I am both honored and humbled to be included in this outstanding group of golfers,” Lell said. “When I look at their pictures and read their resumes, I ask myself: ‘Why me? What have I done to deserve this prestigious award?’ Certainly, it is not because I am a scratch golfer who consistently won major competitions. No, my shelves are filled with how-to-books and swing aides… not medals and trophies. So, why me? I can only hope that, like my predecessors, I have contributed, in some small way, to the Good of the Game.”