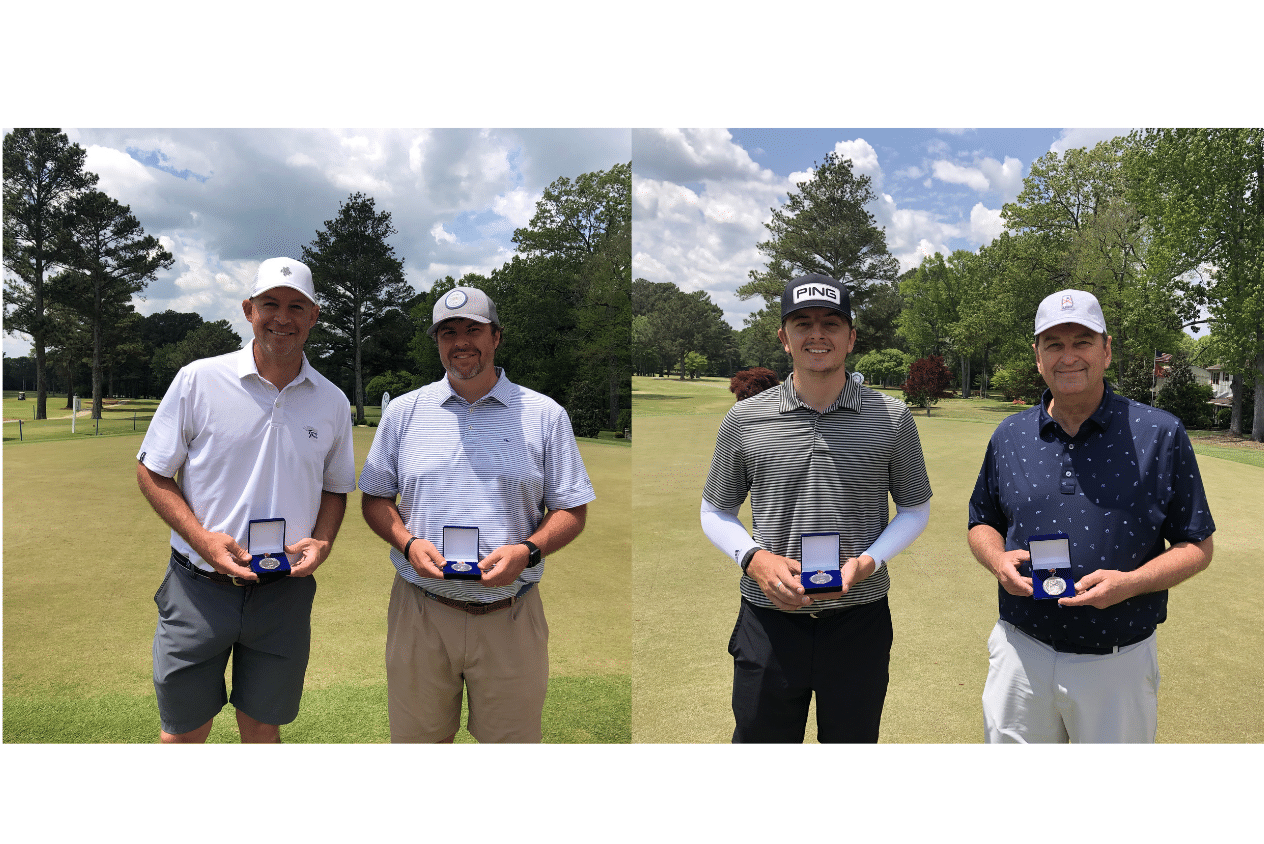 The teams of Matt Gourgeot of Decatur and Stewart Whitt of Athens along with Maxime Faure of Hartselle and Tracy Lentz of Decatur both fired eight-under par 63’s for a two-day total of 14-under 128 to share co-medalist honors after the conclusion of the stroke play portion of the 40th Alabama State Four-Ball Championship.

Hunter Hawkins of Fort Payne and Brinson Holder of Point Clear finished in third after shooting five-under 66 for a 13-under 129 total.

The match play cut line fell at six-under 136. A three-for-one playoff was held to determine the last match play spot with Blair Hamm of Helena and Cade Oliver of Vestavia Hills securing the 16th seed and advancing to the Round of 16.

The Round of 16 match play begins Saturday morning at 7:30 a.m. Quarterfinals will follow in the afternoon with the semifinals and championship match set for Sunday.

Alabama State Four-Ball entries are open to sides of male amateur golfers who are legal residents of Alabama and have an active GHIN® USGA Handicap Index® at an AGA member club. Maximum allowable combined team handicap is 16.8 under the USGA Handicap System™. Two players who play as partners comprise a side. Partners are not required to be from the same club. College Student Eligibility: A college student is considered a resident of their parent(s)/guardian(s) “Legal Residency Criteria” as stated in the AGA Tournament Manual unless said student (a) has no dependency on his/her parents; and (b) lives full time in Alabama.