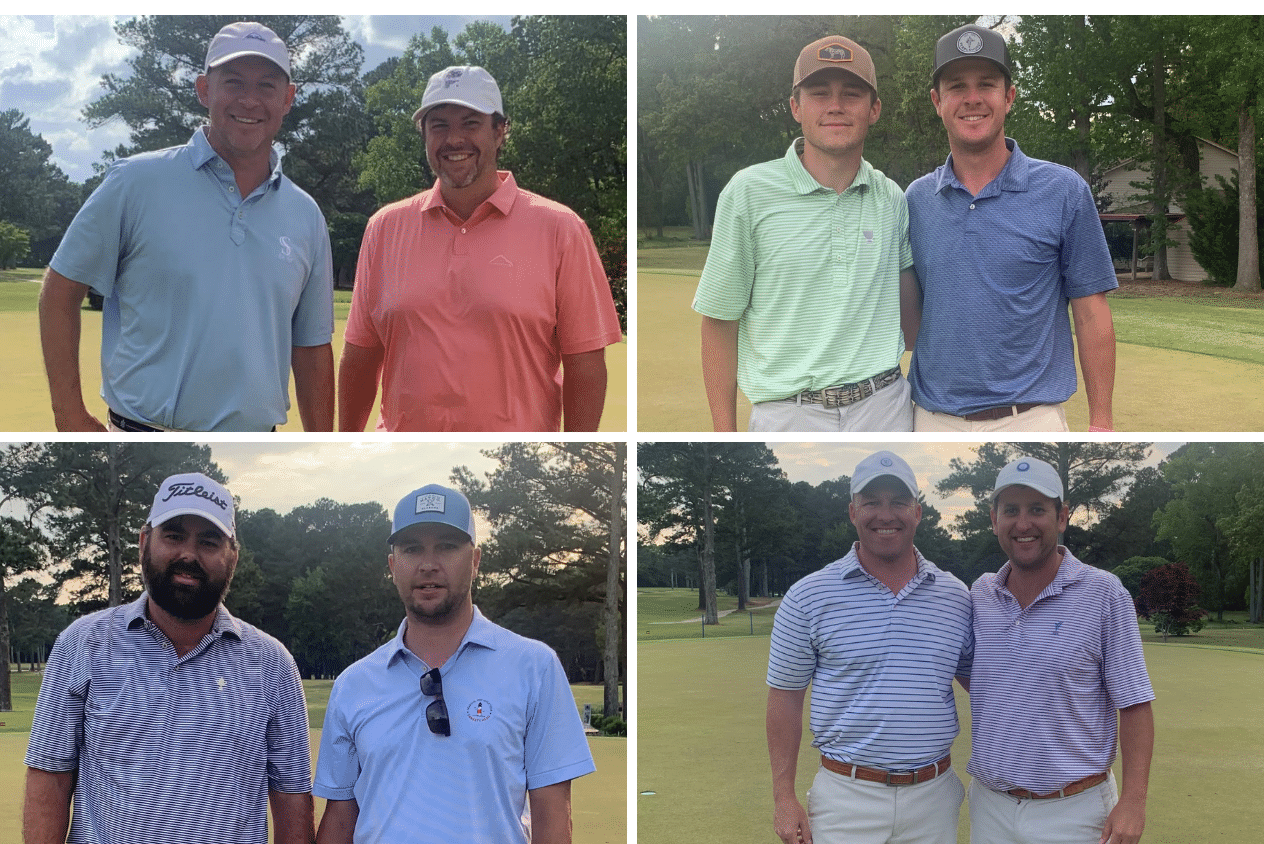 Top seed, Matt Gourgeot of Decatur and Stewart Whitt of Athens won two matches with a 4 & 3 win over the 16 seed Blair Hamm of Helena and Cade Oliver of Vestavia Hills in the morning of Round of 16. They followed it with a 3 & 2 victory over the defending champions Daniel Burns of Owens Cross Roads and Alex Balog of Elmore in the afternoon Quarterfinals.

Hayden Carner of Fairhope and Tanner Guthrie of Auburn collected two decisive victories with a 3 & 2 win over Braxton Gillespie of Irvington and Eric Howle of Chelsea in the morning matches and a victory in 19 Holes against Micah Jett of Madison and Nick Davis of Springville in the Quarterfinals.

In other action, Brinson Holder of Point Clear and Hunter Hawkins of Fort Payne claimed a 1 up victory in the Round of 16 and outlasted Craig Whitt and Kyle Demeester of Athens in the Quarterfinals. This duo will square off tomorrow in the Semifinal match against Clay Guerin of Hoover and James Salter of Auburn.

Guerin and Salter won 2 & 1 over Jonathan Ellis and Randy Jones of Athens in the Round of 16. In the Quarterfinals, they claimed a 19 hole victory over Maxime Faure of Hartselle and Tracy Lentz of Decatur
Semifinal matches begin at 7:30 a.m. at Burningtree Country Club with the Championship match slated for approximately 12:30 p.m.

For more information about the 40th Alabama State Four-Ball Championship, please visit the Championship website.This Championship is conducted by the Alabama Golf Association.