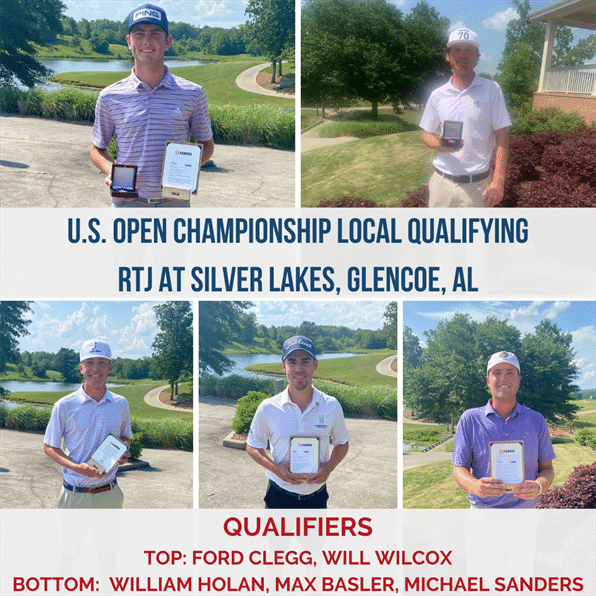 Five qualifying spots and two alternate positions were available at this qualifying site.

Will Wilcox of Moody, AL (66) and William Holan of Canada (67) took the second and third qualifying spots.

After a three-for-two playoff at 69, Max Basler of Germany and Michael Sanders of Davidson, NC secured the final two qualifying spots. Sam Love of Trussville, AL is the first alternate. Yinxuan Wu of China earned the second alternate position in a three-for-one playoff.

The five qualifiers will advance to sectional qualifying that will be played at 11 sites located throughout the U.S. (9 sites) and internationally in Canada (1) and Japan (1).

This USGA National Championship Qualifier is conducted by the Alabama Golf Association.